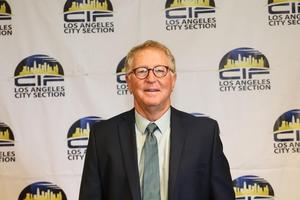 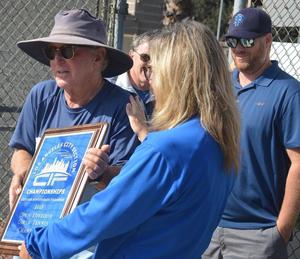 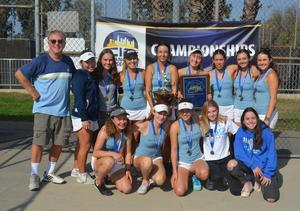 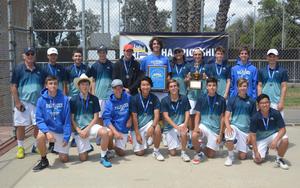 He becomes the all-time winningest high school tennis coach in the state with 1,248 victories

There is a new “King of Swing” in California prep annals. Bud Kling entered the CIF record book Saturday morning by becoming the winningest high school tennis coach in state history with the Palisades girls’ 6-0 victory over host Sage Hill in the third round of the Lightning Invitational in Newport Beach.

According to Cal-Hi Sports records it was Kling’s 1,246th win—one more than the career total accumulated by previous record holder Robbin Adair, who coached the Coronado boys for 40 seasons and the girls for 33 before retiring in 2007 with 1,222 dual match victories and 1,245 overall.

Kling added to his total later on Saturday when the Dolphins blanked Loomis Del Oro to win the two-day tournament. On Monday, Palisades shut out University in its Western League opener to give Kling 1,248 wins against only 134 losses—a .903 winning percentage.

Kling, who started coaching at Palisades in 1977 as an assistant to Bud Ware before taking over the boys program when Ware stepped down prior to the City Section playoffs in 1979. The boys have been recognized as national champions in 1979, 1980, 1997 and 2017.

Still going strong at age 72, Kling is the school’s longest-tenured coach, having piloted the boys to 37 league titles and 27 City titles (all in the top division) in 40 seasons and leading the girls to 26 league titles and 19 City championships in 28 seasons. He coached the girls for all but one season from 1984-2007 before stepping down. Since returning in 2015 he has led the girls to four straight section titles and hopes to make it five in a row in November. The boys have won City 11 straight times.

While Kling’s 46 CIF titles are the gold standard in the City they are not the state record—that belongs to Larry Rogers, who coached swimming and water polo at Cupertino Monta Vista and San Jose Bellarmine Prep for almost 50 years. The state mark for wins in all sports (1,666) is held by swimming and water polo coach Brent Bohlender, who had stints at three public schools—Beyer, Davis and Johansen—in Modesto.

Kling has coached many talented players over the years like Scott Davis (the top-ranked junior player in the world in 1980), Danny Westerman (now the men’s coach at the University of Wisconsin), Heather Willens (who was the No. 1 player at Stanford) and Jake Sands (who won the CIF singles title at Ojai and plays for USC). His 2017 boys squad won the National High School Tennis All-American Championship. In April of that year, Kling was inducted into the CIF LA City Section Hall of Fame.

“I never thought I was going to reach the 1,000-win milestone, much less another 200 or so after that,” Kling said. “I’ve had a lot of great kids, I’ve watched them grow up and start their own families and we have our own alumni page on Facebook. It’s a thrill to watch players improve. Since tennis is an individual sport, for many of them it’s their first time being on a team. A little of my enjoyment has been diminished by cuts the school has made that have caused some of the coaches to feel underappreciated.”

Inducted into CIF-LA Hall of Fame in 2017