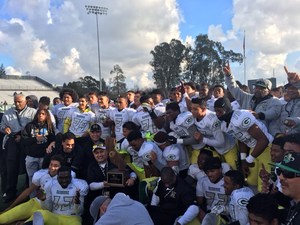 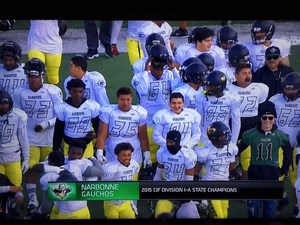 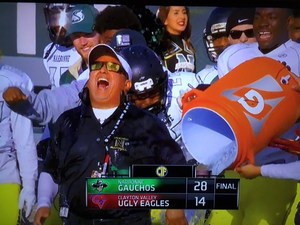 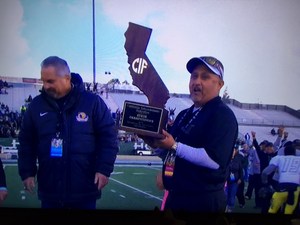 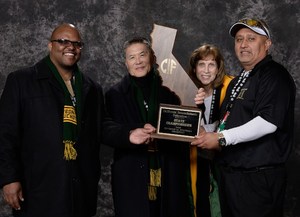 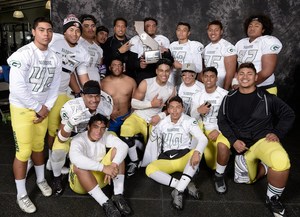 That certainly has a nice “ring” to it considering it was the CIF LA City Section’s FIRST State football champion decided on the field. Manual Arts was a State champion 99 years ago back in 1917, but the Toilers were bestowed the crown by a group of voters.

The Gauchos claimed the title with a resounding 28-14 win over the Clayton Valley Ugly Eagles, the North Coast Division champions from Concord, on Saturday afternoon at Hornet Stadium on the campus of Sacramento State University.

Coach Manuel Douglas completed the trifecta in convincing fashion leading the Gauchos to the Marine League title, LA City Section Division 1 championship and the CIF State 1-A title en route to a 14-2 season!