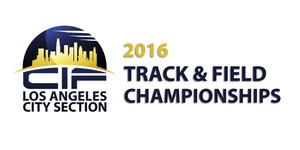 It was an exciting and historic day at Birmingham Charter where the City Section's best athletes competed; highlighted by the first-ever Inclusive Sports champion

History was made Thursday at Birmingham Charter High School where the 2016 CIFLACS Track and Field Championships were held.

In April of 2015, the CIFLACS Board of Managers voted unanimously to recognize Inclusive Sports as a championship event at the LA City Section Track and Field Championships. The CIFLACS became the first Section in the State to include “IS” as part of its championship meet.

Verdugo Hills, the home of the Dons, won the first-ever Inclusive Sports title in the City Section and in California. Congratulations to all the “IS” participants who competed and inspired us all.

Dorsey (127.5 points) captured the boys' City championship while Carson (134 points) claimed the girls’ City title for the third year in a row.

For a complete list of final results, please see attached-