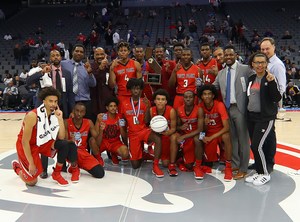 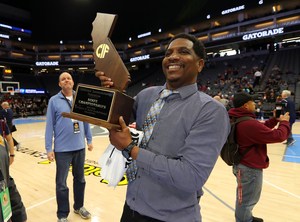 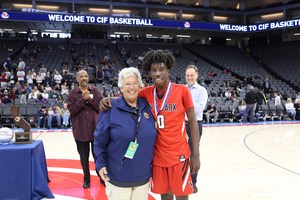 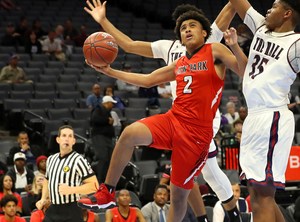 Knights run the table and claim the Division IV championship

For the first time since 2010, the LA City Section has a state champion in basketball. The View Park Knights won the CIF Division IV State title with a resounding 74-62 victory over Stuart Hall of San Francisco at the Golden1 Center in Sacramento on March 23. It was the first State title of any kind for the school and the first for the City Section since Westchester won eight years ago.

Congrats to View Park on a historic accomplishment!